There was plenty going on at the weekend as St Albans Striders took on races across the region.

Not satisfied with running his 250th parkrun, at Seaton parkrun, on Saturday, Richard Vaughan on Sunday went onto run the 20-mile majority hilly and muddy Grizzly Trail Run along the Jurassic Coast in just under four hours.

Kate Tettmar and Richard Underwood also faced hills and mud at the Winter Green Man 30-mile Ultramarathon around the edges of Bristol. Jack Brooks continued his marathon habit by running the Enigma Trail Marathon near Milton Keynes in a time of 4:55:09; his 508th marathon to date.

Lehna Gardiner competed in the FV35 age group at the European Duathlon Championships (standard distance) in Punta Umbria, Spain. Martin Whitworth was 11th in the sprint distance MV45 race, and Richard Davis was 13th in the sprint race and 12th in the standard race in the MV50 category.

There were also healthy turnouts from the club at a couple of big road races in the area:

St Albans Striders is a friendly club for all types of runners, who meet at 7pm on Tuesdays and Thursday by the Westminster Lodge Athletics Track.

Photos of the female and MV60 Striders before the Masters XC race, plus one of Penfold and Aldridge holding the cup afterwards. Both supplied by Rachel Aldridge.

Photo of Vaughan on one of the few road sections of the Grizzly Trail Race as well an example of a coastal section. Both provided by Richard Vaughan. 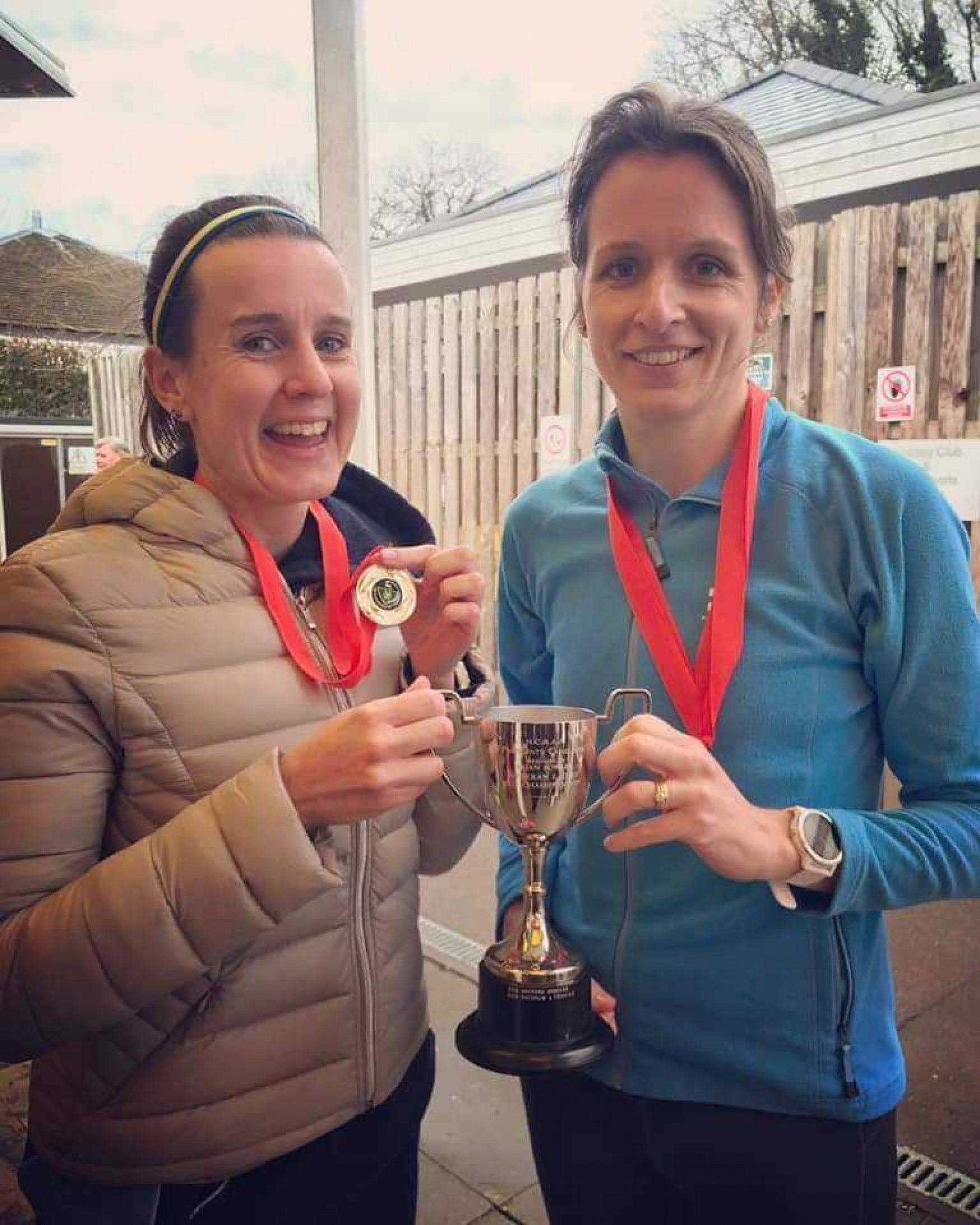 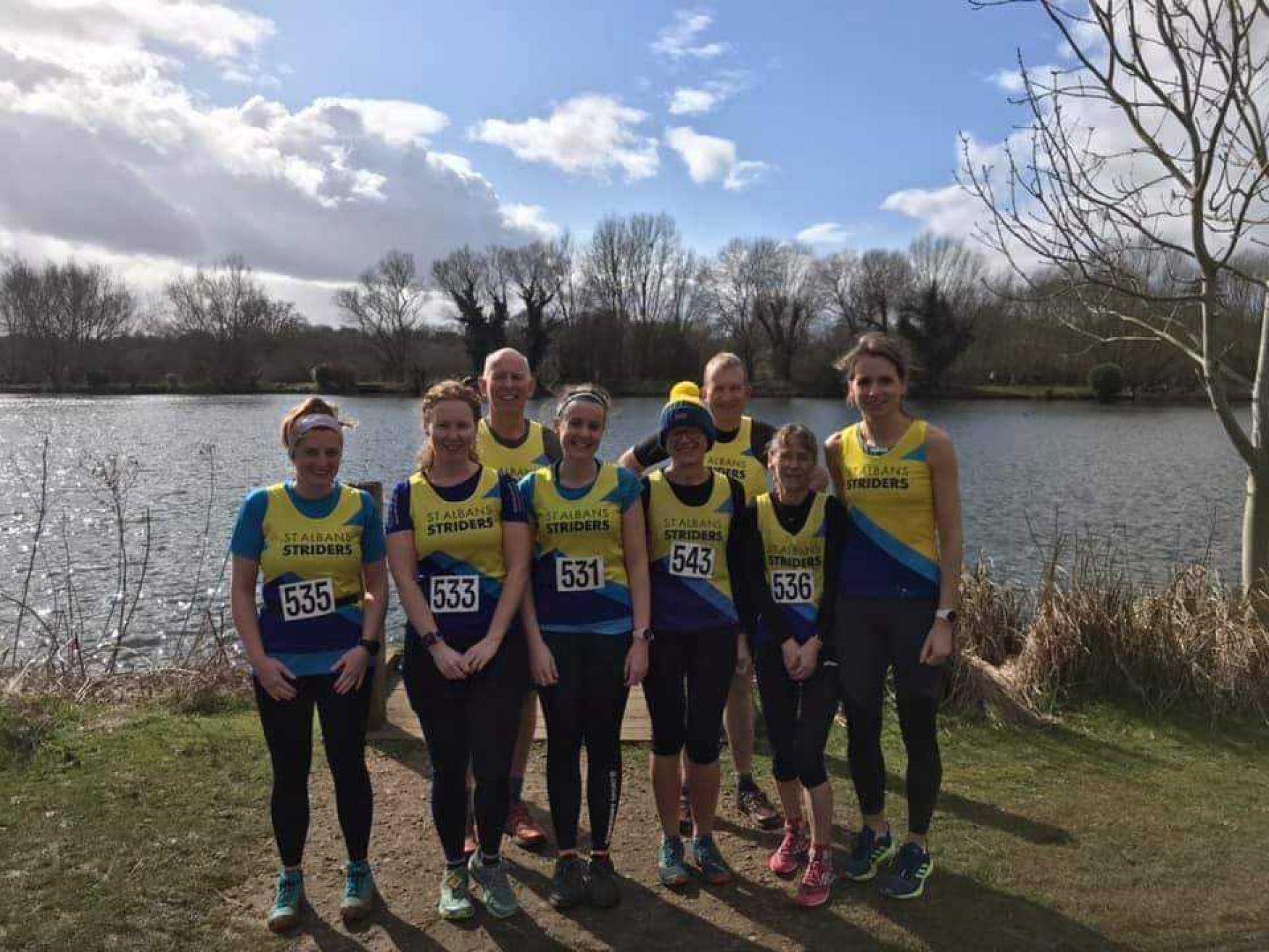 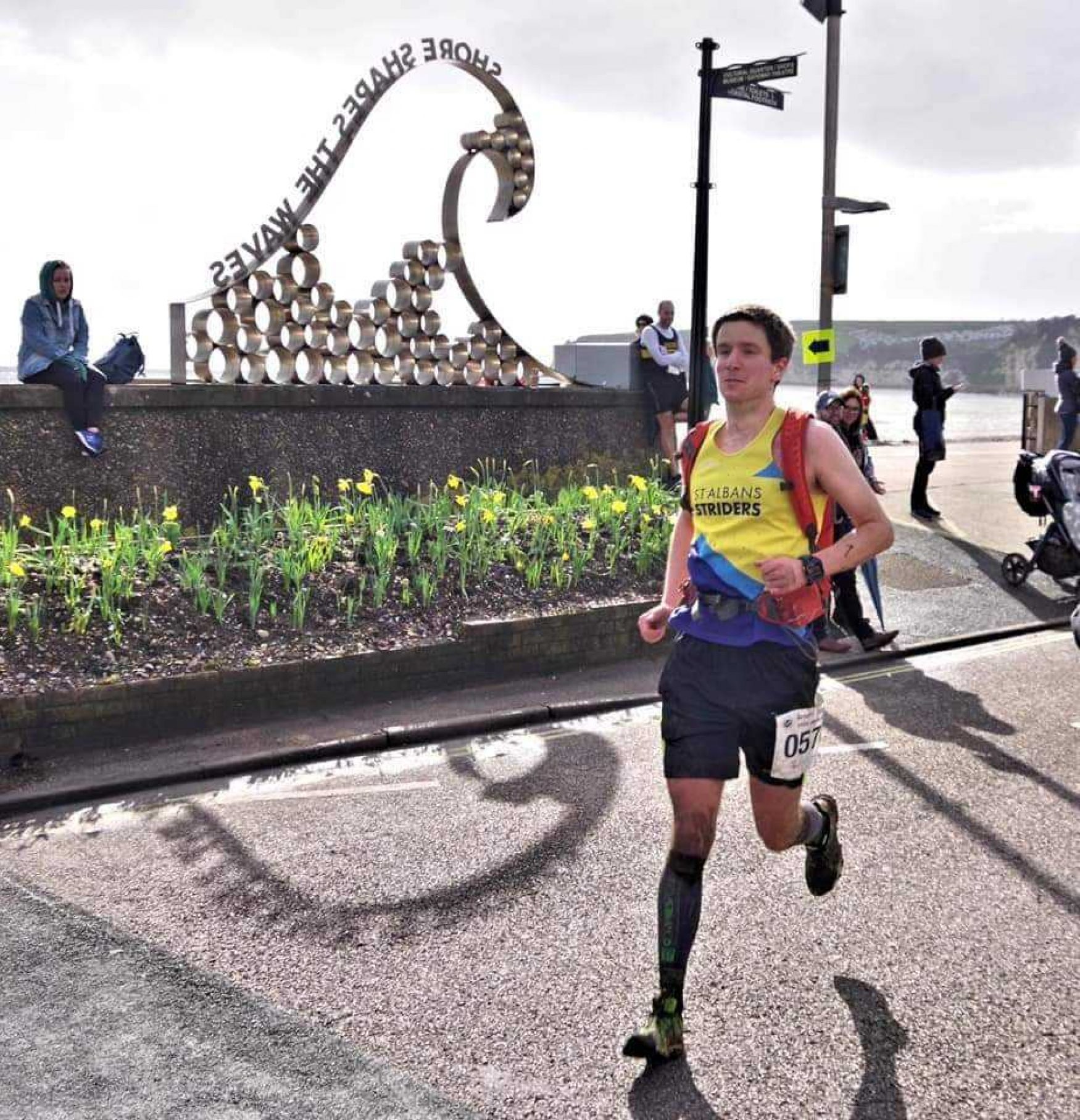 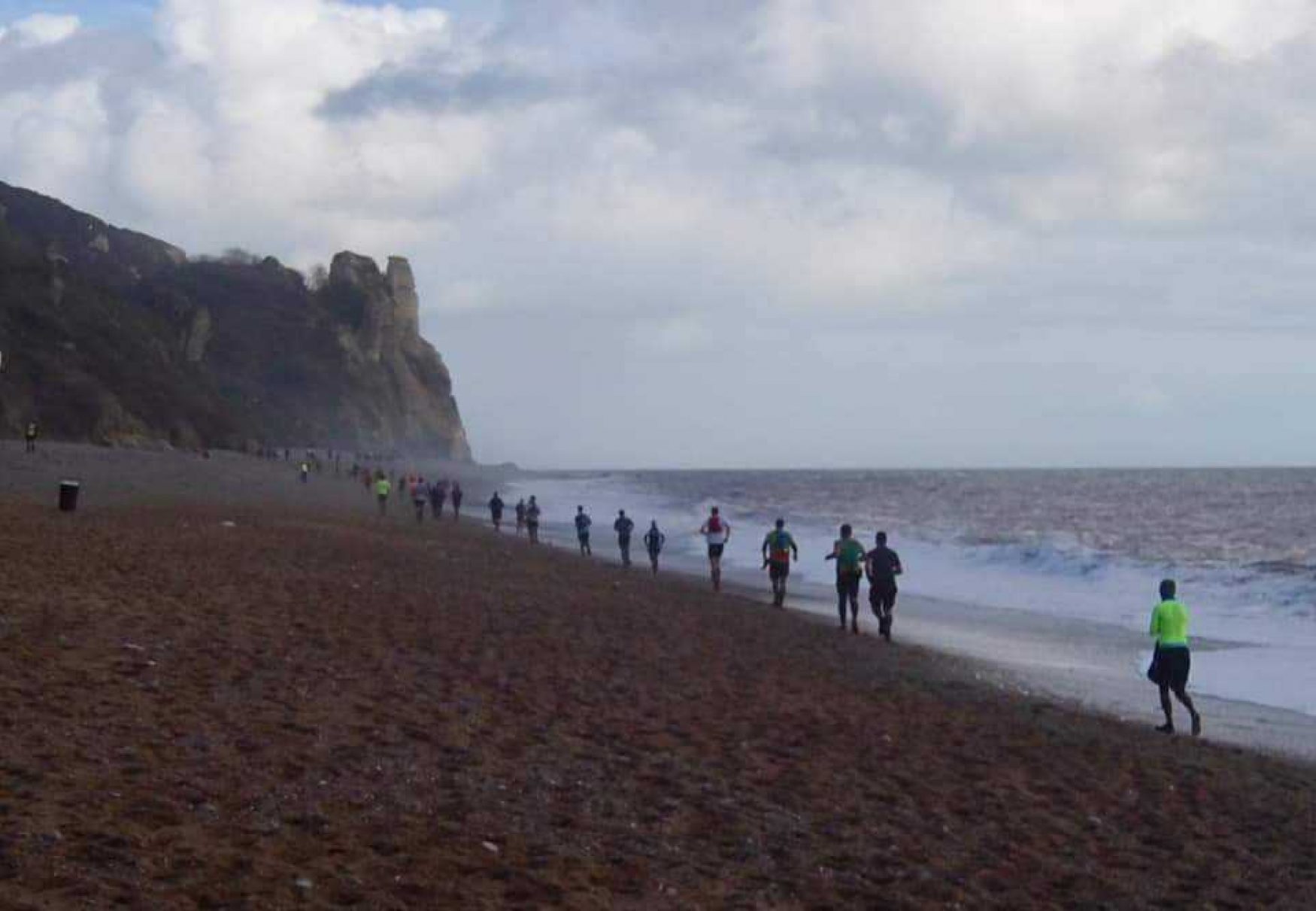