With most of the weekend’s events being cancelled due to Storm Ciara, Striders were fortunate to be able to field a strong field of 33 senior athletes at the final fixture in this season’s Chiltern Cross Country League, this time being held in Milton Keynes’ Campbell Park.

In the senior men’s race, Tom Halling was the first Strider to finish the five-mile course in 29:23, in 15th place. He was followed by Oliver Knight 30 seconds behind in 28th, Joe Dunn 43rd, Doug Hobson 53rd, Steve Buckle 75th, Richard Evans 79th and Gareth Parker 87th of those who made the top 100.

In the senior women’s race, Jenny Maginley was the quickest Strider on the day, completing the 3-and-a-quarter mile course in 24:34, and finished in 23rd place. She was accompanied by Lauren Eckley about a minute behind in 32nd, Deborah Steer 47th, Mandy Attree 55th, Donna Irwin 68th, and Julianne Nightingale 71st.

After the five matches in the series, St Albans (the junior athletes of AC and the senior athletes of Striders together) finished 5th out of 14 clubs in division 1 overall, a repeat of last season, and Striders were 6th in the senior rankings. Richard Evans, Striders’ men’s XC captain was quoted as saying, “Consistency is key and this is a solid result for us as a club in a competitive league.”

Individual glory was experienced by Martin Halling who picked up 2nd place in the MV60 age category this year after being pipped to a podium finish at the end of the previous season. 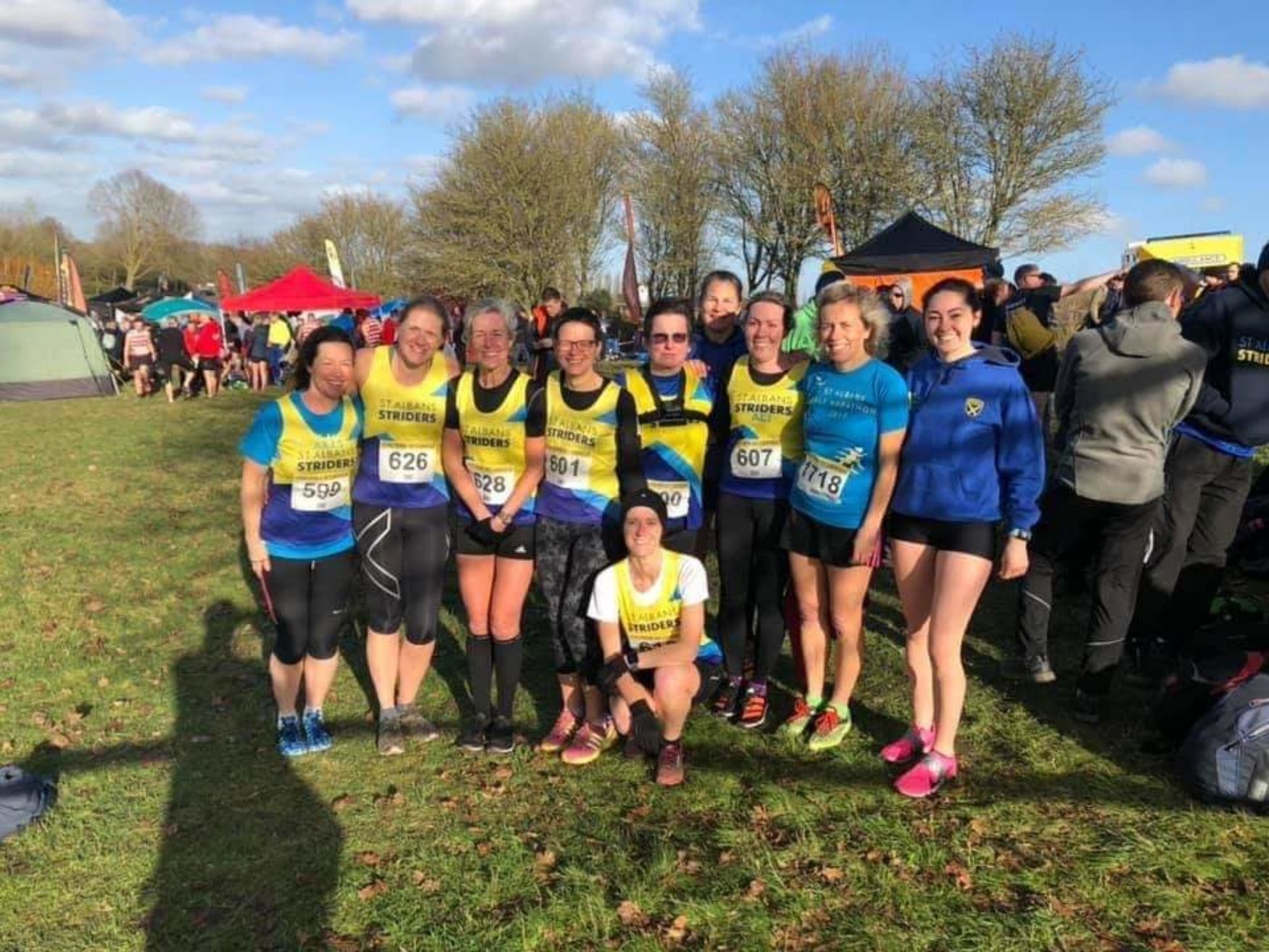