Saturday 8th December was a busy day for the club's cross country runners. Wendy Walsh, Nicky Laitner, Christine Pout, Katie Bunting and Carole Jack were 6th team in the women's race at the Southern Masters Cross Country Championships, and 5th in the VW40-49 category. The event took place in Horspath in Oxford.

For the men, the club was represented by Mike Jubb, Nigel Aston, Colin Braybrook, Mike Jack, and Andrew Maher. Together they came 16th out of 27 teams.

The following day Conway was second female at the Festive 5 mile in Welwyn Garden City, in 33:15. Gary Warren was the first Strider home in 30:49, coming 8th overall. Wendy Walsh won the FV45 trophy in 34:35. The club won the female team prize with Conway, Walsh, and Fleur Harvey-Keenan finishing in 37:49.

Elsewhere Jack Brooks and Clair Drage both ran the Lanzarote Marathon in times of 5:24:59 and 4::47:29 respectively. They were joined by fellow Strider Ivan Ghouse who completed the Half Marathon in 1:44:27.

Rob Spencer won the Christchurch 10K with a new Personal Best of 33:22.

Photo of Walsh, Laitner, Bunting, and Jack at Horspath provided by Wendy Walsh. 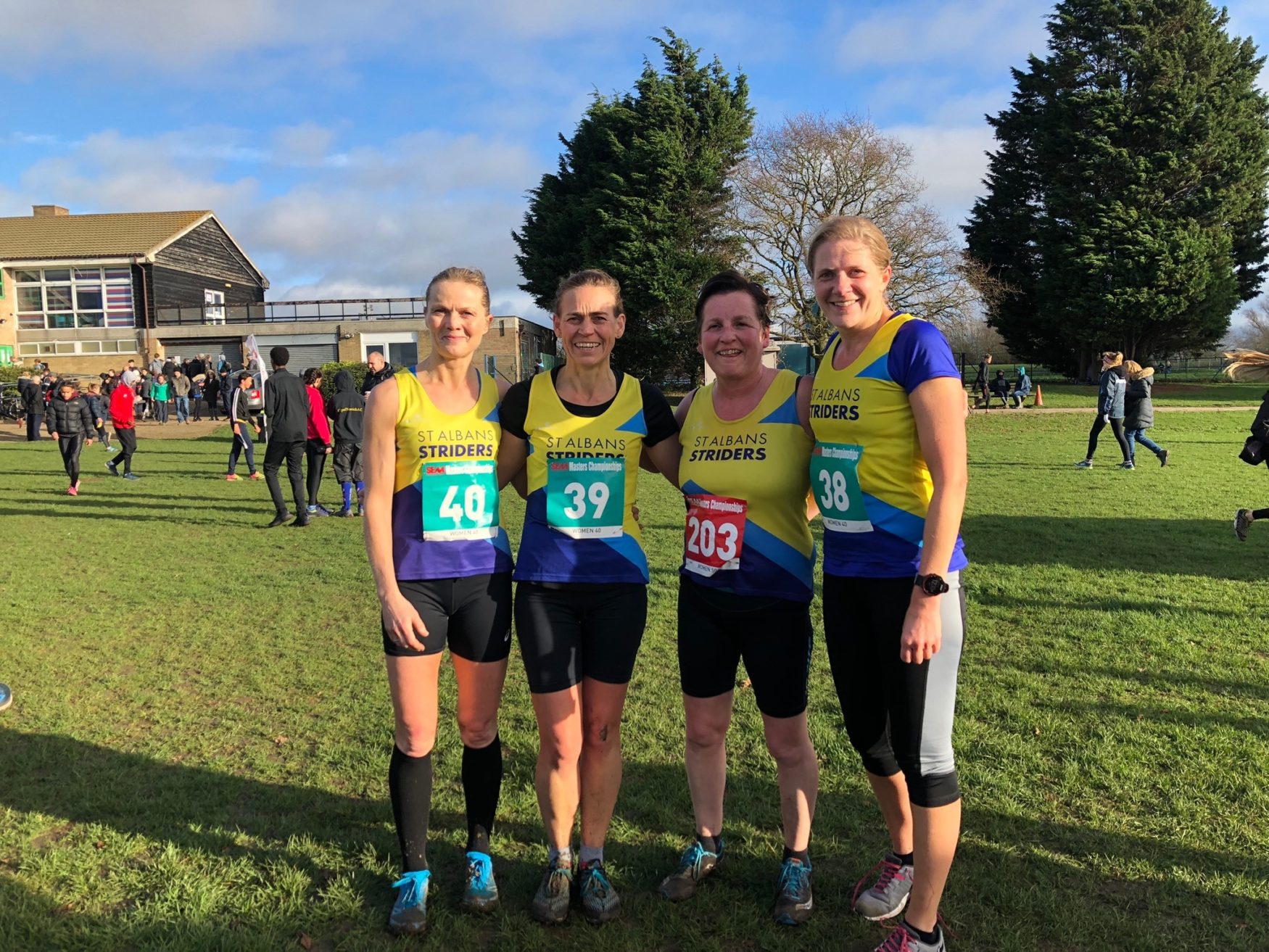