A number of St Albans Striders took part in the socially-distanced Moor Park 10K in Rickmansworth on Sunday 11th October, which for many represented their first opportunity to race since the initial national lockdown in the spring. The race, organised by Active Training World, offered two avenues for runners to compete: one, a ‘virtual’ race whereby people could cover the 10km distance along a route of their choosing; or, a physical race starting and finishing at Merchant Taylors School in Rickmansworth, where social distancing was adhered to at all times. Competitors started in F1-style grids of six rather than the traditional mass start.

The overall winner was Ben Goodard who finished in 34:00. Of the 21 members of St Albans Striders who took part in the non-virtual event in Rickmansworth, Gareth Parker was the first Strider to cross the line, coming in ninth place overall in 37:14, and 2nd in the MV40 age category. Joe Weghofer was unluckily 13th with 38:21, and Stephen Hosty was close on his heels in 14th with a time of 38:37, and 3rd MV40. Derek Fowler was not far behind in 16th with a time of 38:54. Errol Maginley rounded out the top 25 by dipping just under the 40-minute mark with 39:43, coming third MV50 in the process.

Competing elsewhere were Ian Hirth and Clair Drage, who both ran the ‘Run to the Sea’ 50K ultramarathon from Ringwood to Bournemouth. Hirth came 24th overall and completed the course in 4 hours and 14 minutes, while Drage achieved an hour-and-a-half Personal Best with a time of 5 hours and 22 minutes. 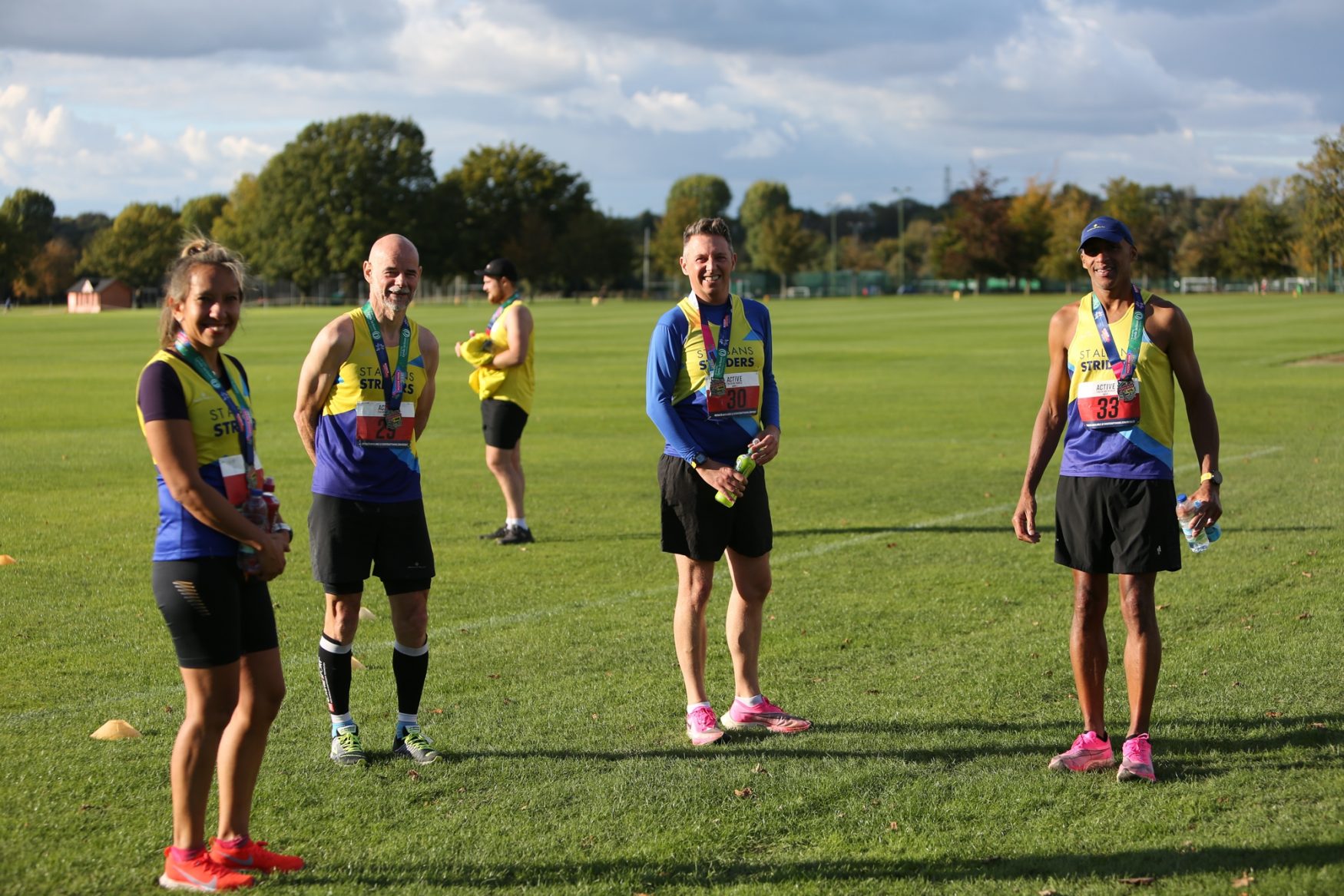 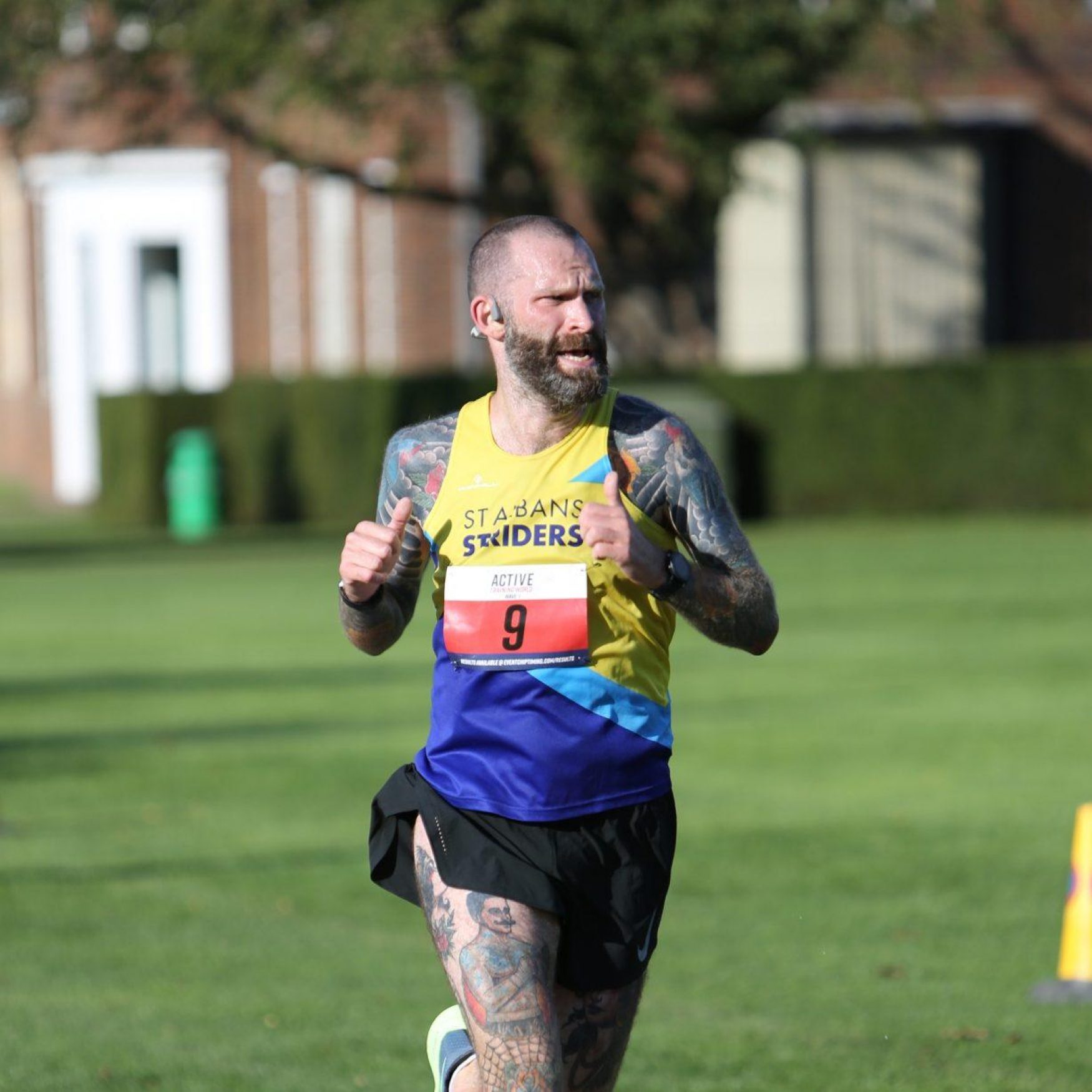 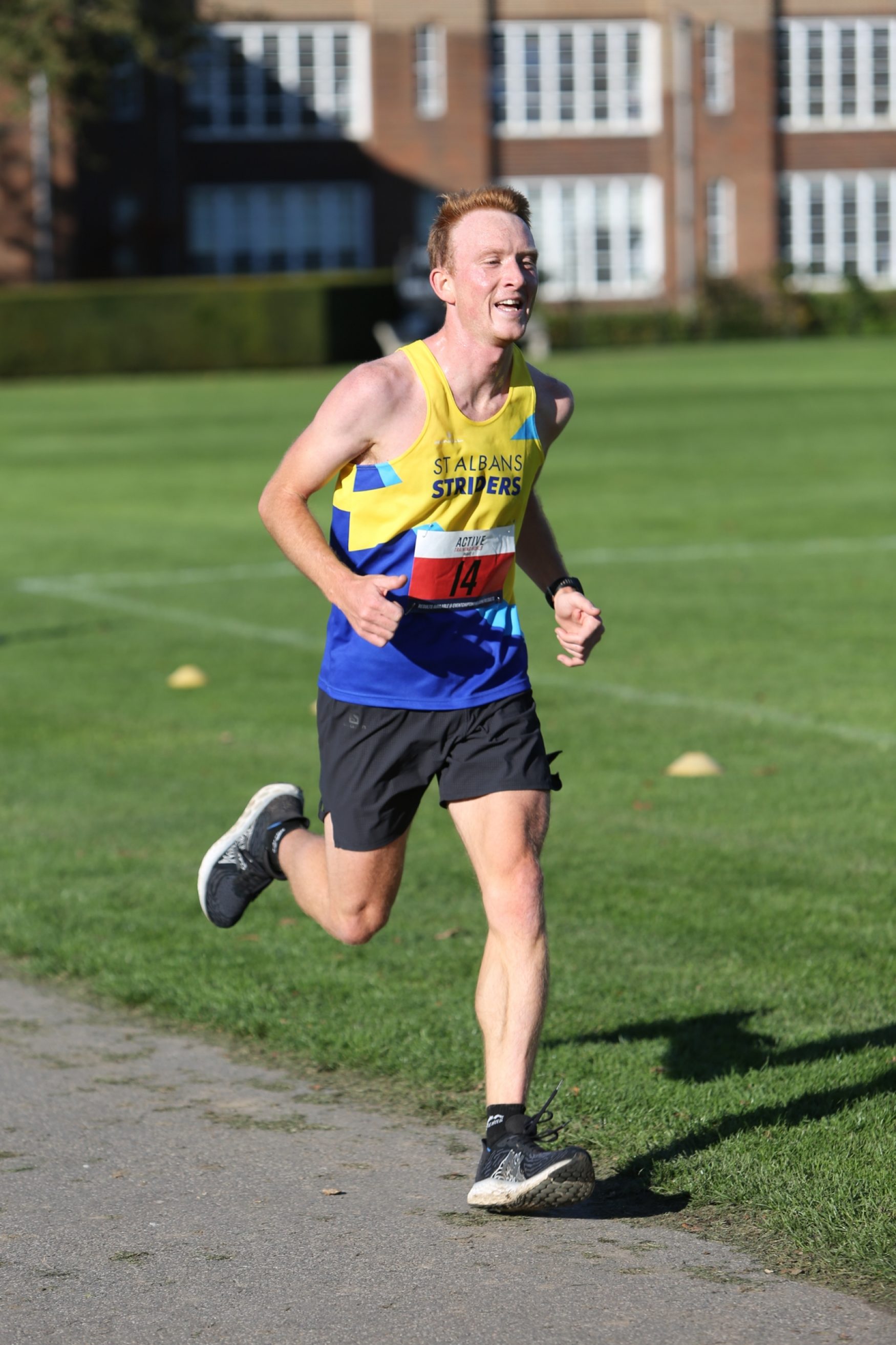 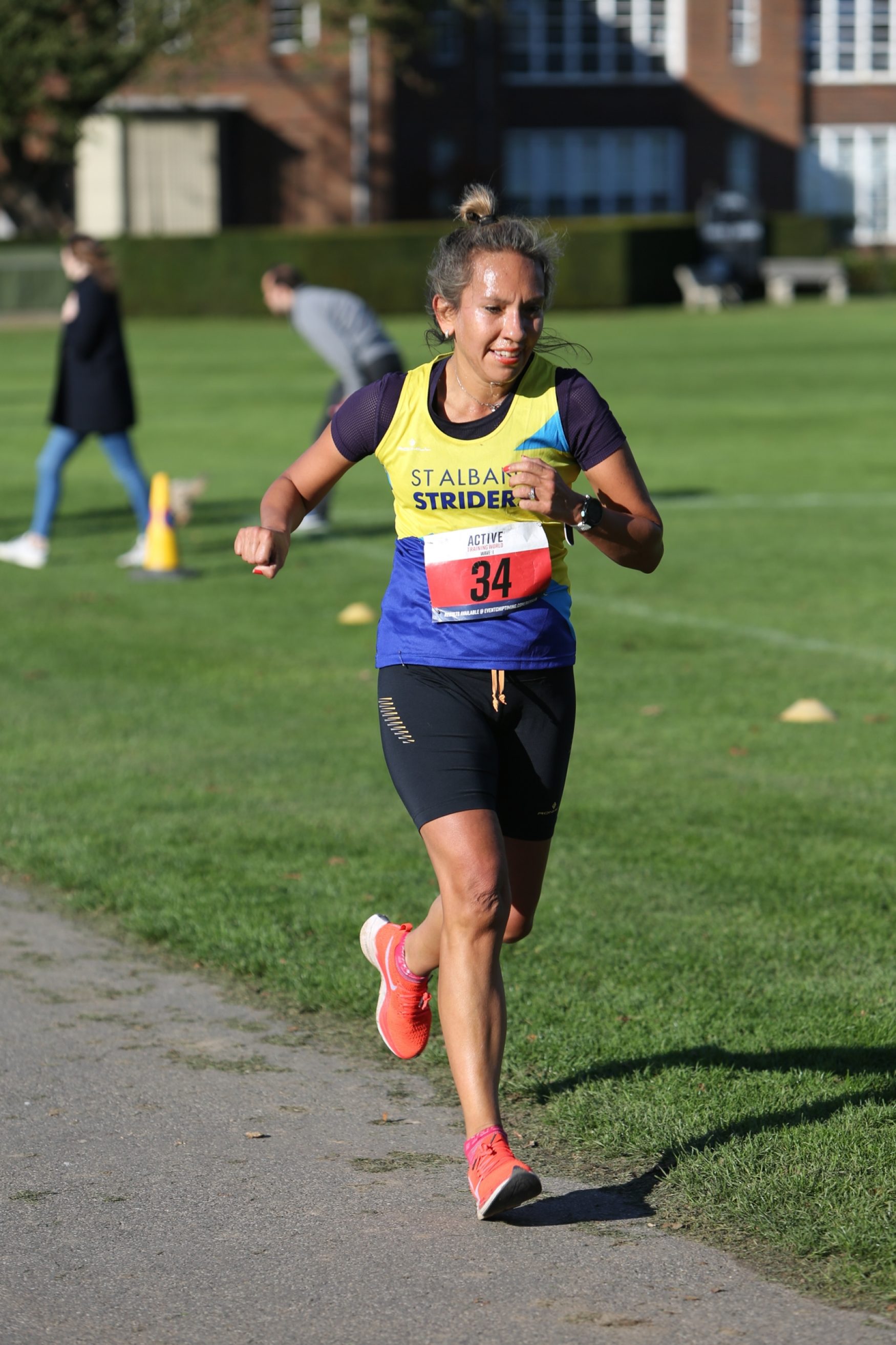 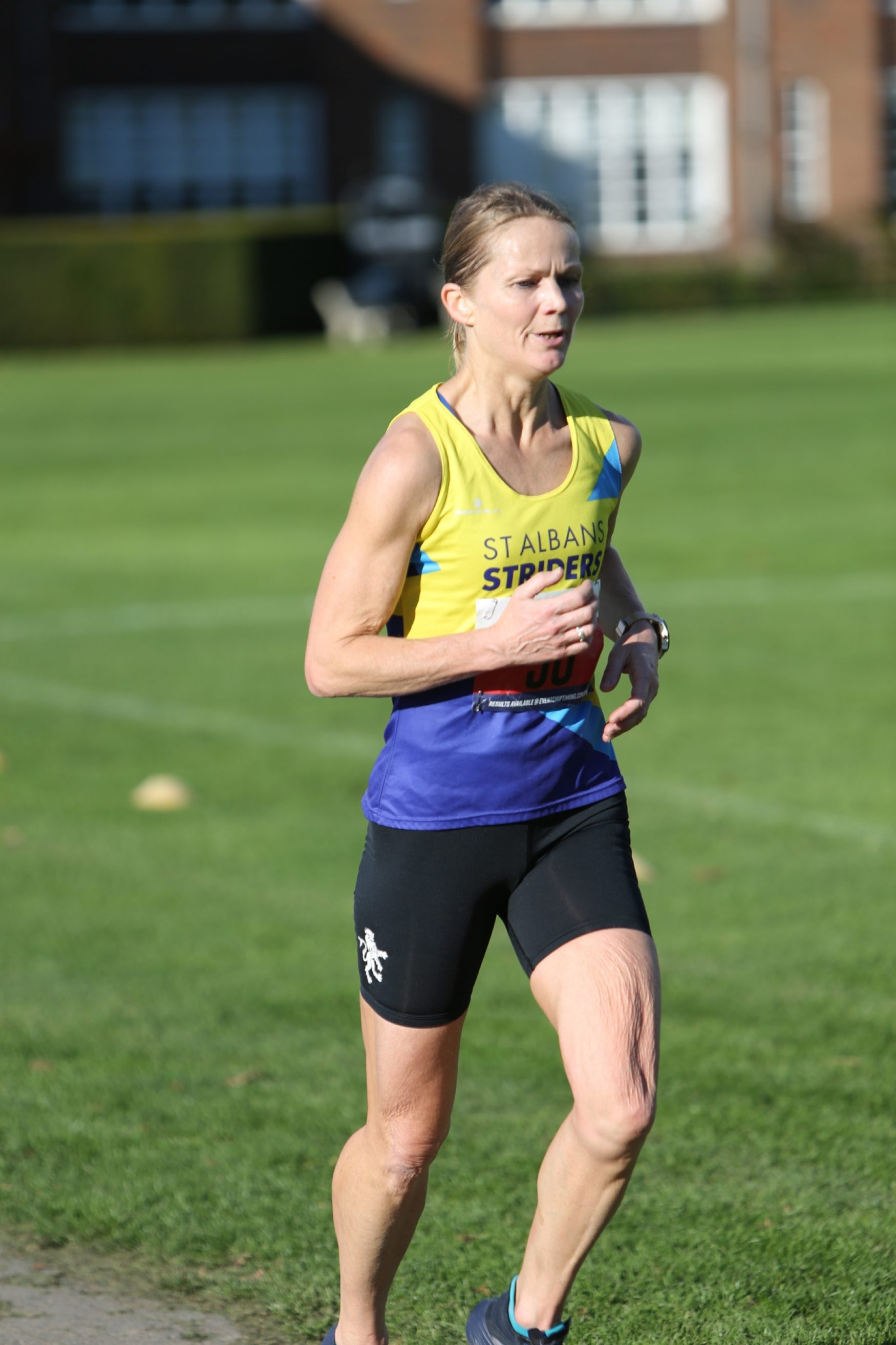 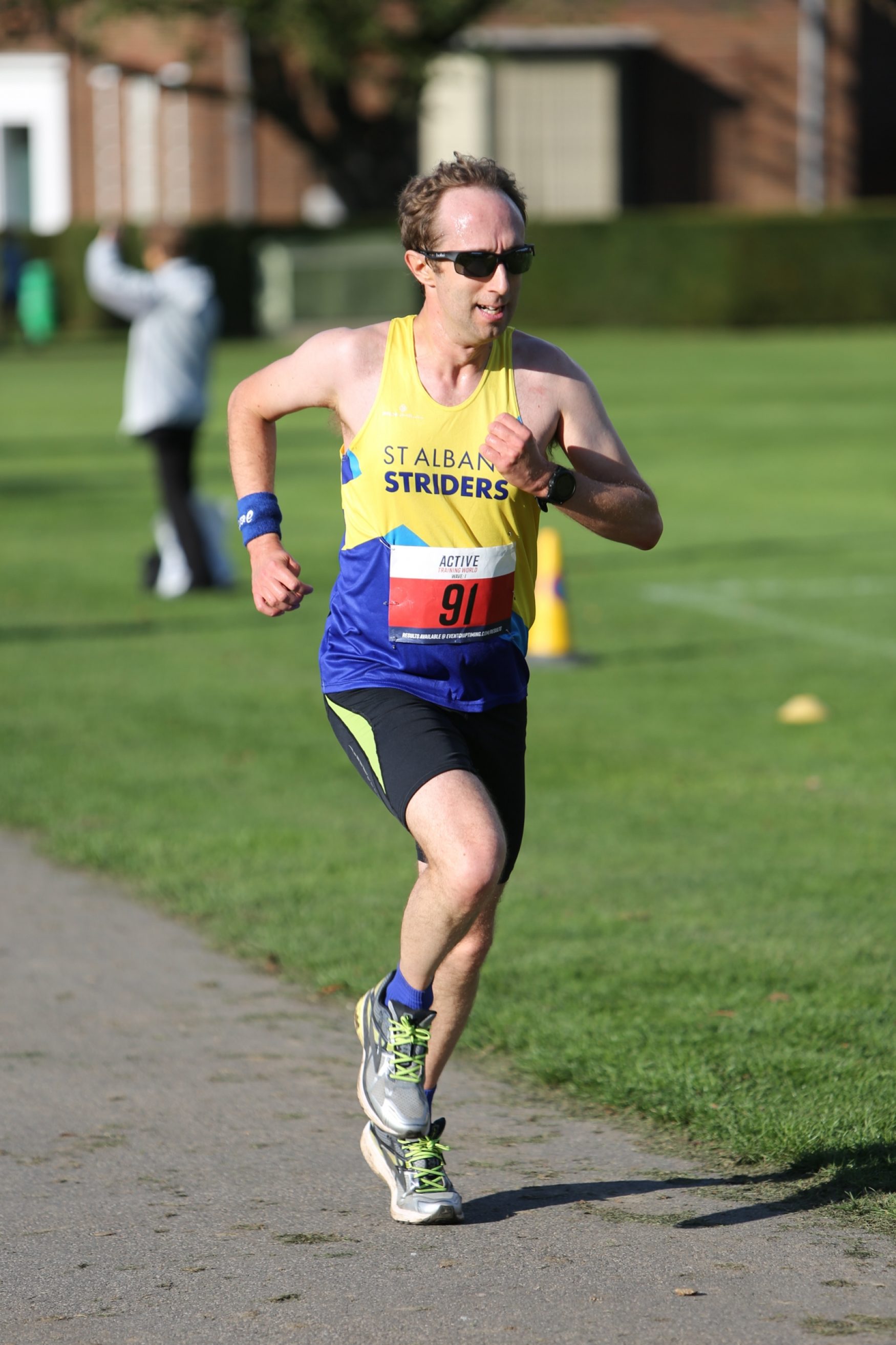